In January of 2006, I observed this Say's Phoebe (Sayornis saya) perched on a fountain here in Tucson. 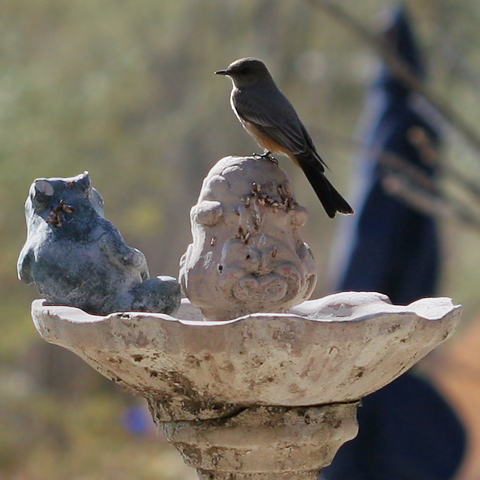 A Say's Phoebe can be recognized by its grayish brown upperparts, paler grayish throat and chest, dark tail, and cinnamon belly and undertail coverts, as well as by its distinctive tail pumping and flycatching behavior.

Say's Phoebes, like other flycatchers, will perch in prominent spots where they can watch for flying insects. When they see an insect fly by, they will quickly fly out after it and snap it up in midair and then return to the same perch or another nearby lookout perch. 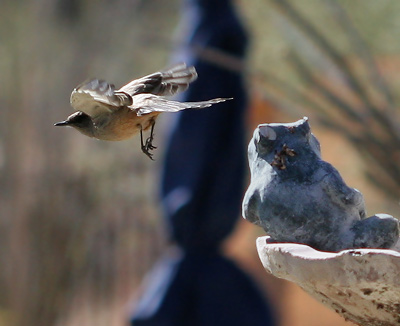 This Say's Phoebe was catching something, and I would occasionally hear the sharp snap of its beak closing, but I couldn't tell what sort of insects it was capturing, because unlike this remarkable bird, my eyes are not fast enough to track the flying insects.

Our winter has been unusually warm, and many insects are already out buzzing around. The Say's Phoebe hunted insects from the fountain for a while and then moved to a nearby candle stand. 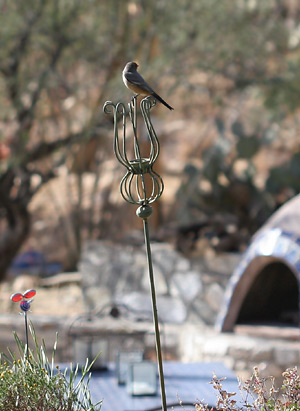