I love dogs, and I have yet to meet a breed of dog that I don't like, but I think that one of the very friendliest and nicest of dog breeds are Golden Retrievers. 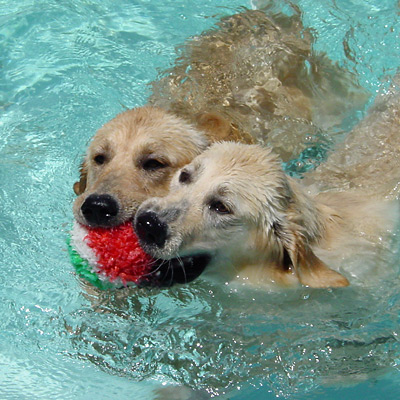 Even though they were originally bred to retrieve fallen ducks from the water for hunters, not all of them like the water, but those that do will swim… 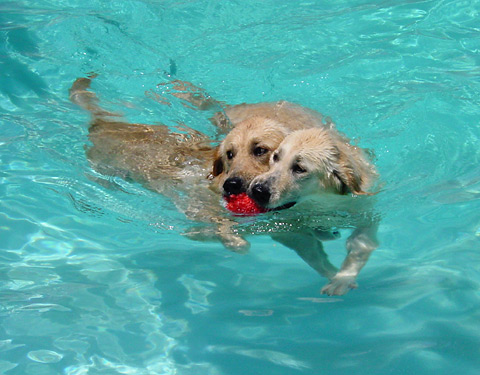 And swim some more until they are exhausted. This energetic brother and sister duo (Caleb and Shayna) always try to retrieve the same toy, and fortunately this toy was just large enough that they could both share it. 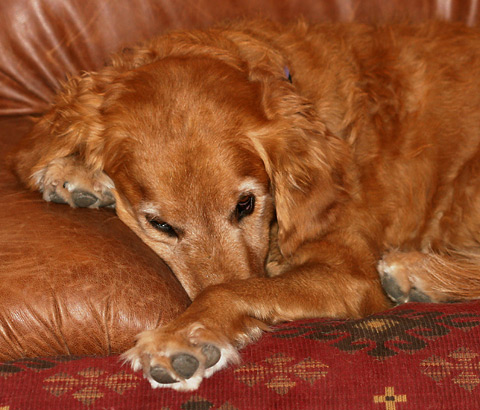 Solomon likes everyone, and he'd probably greet a burglar with the same affection with which he greets me. He always likes to be near people, even when he's sleeping, so he will open his eyes every so often just to check that someone is still there.

Unlike my other rascally dogs, Solomon is a model of good, obedient dog behavior. He will come when he's called, he understands and obeys the command "No" and he never barks when he wants something, unlike my other dogs who have been known to bark at the back door when they are too lazy to go around to the doggy door. Even though I got Solomon when he was an adult and didn't name him myself, he is well-deserving of this kingly name because he has crowned himself the alpha dog in my pack and thus is number one when it comes to food and human attention.