Saturday, my dad, Solomon (my Golden Retriever), and I went exploring around in the area south of Tucson in my dad's very capable Range Rover. We drove around on the many dirt roads that branch off of Santa Rita Road. Many of these "roads" were definitely four-wheel drive only, as they were extremely rough with large rocks, steep slopes, overgrown vegetation, and washed out areas. Unfortunately, all of the rough roads we tried ended in dead ends of one sort or another, so we kept having to turn around and thus experience each wicked road for a second time, but now from the opposite direction. Even though the roads were rough, the scenery was worth it, and there were fields of beautiful wildflowers everywhere.

Near the end of our explorations, we ended up near the Imerys Marble mine in Sahuarita. This mine can be seen from Tucson as a big, white gash on the mountains to the south of the city. 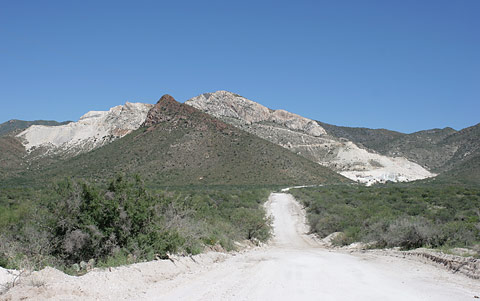 The primary mineral at this mine is calcium carbonate, also known as calcite, which can occur in different forms as chalk, marble, or limestone depending on its formation.

Some of the mined material spills from the trucks as it's hauled out, leaving the dirt road from the mine an unusual chalky white color. 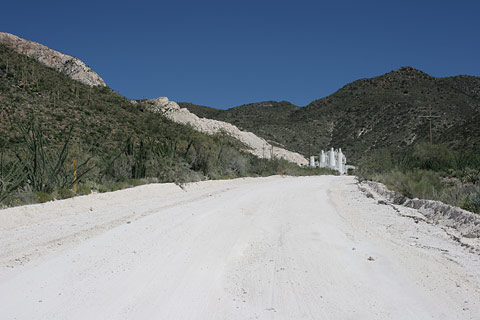 Just how white this road is can be seen by comparing it to my dad's white Range Rover. 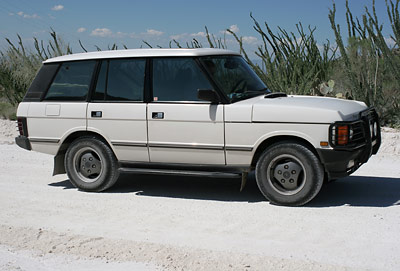