The other day, my next-door neighbor had a most unpleasant discovery, a Western Diamondback Rattlesnake (Crotalus atrox) lurking in his woodpile. All that could really be seen of the rattlesnake was it's loudly rattling tail. 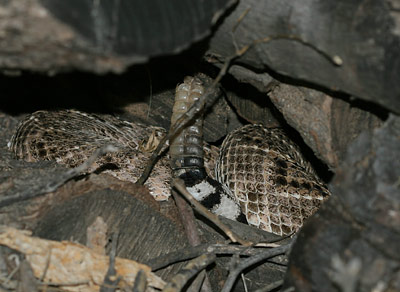 My neighbor then called the fire department, and they sent their rattlesnake collector out. 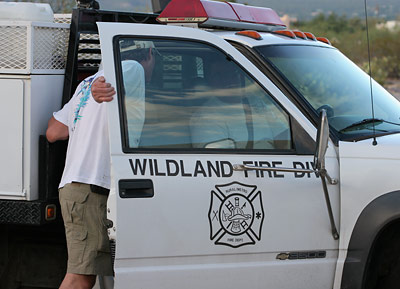 The rattlesnake was pulled, puffed up and rattling furiously, out of the woodpile with a metal snake grabber and placed into a wooden box already filled with other collected rattlesnakes. 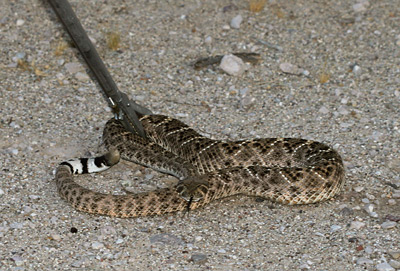