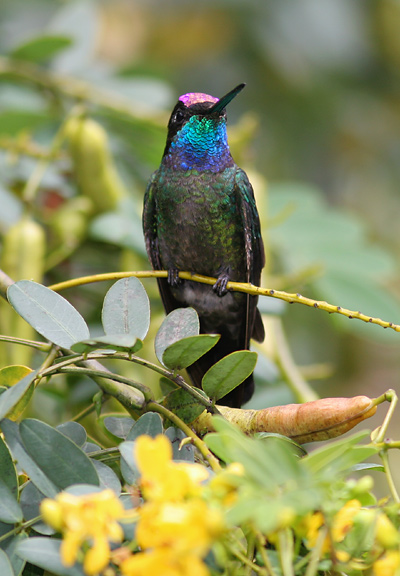 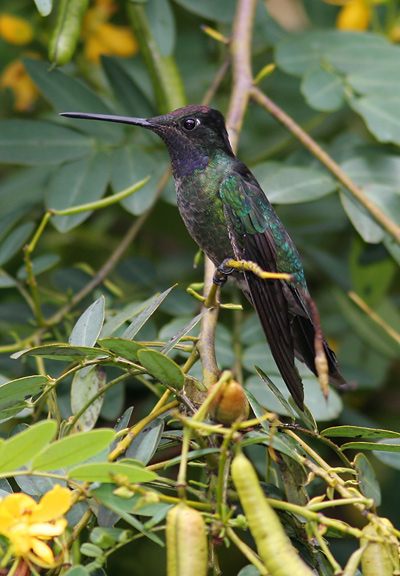 Female Magnificent Hummingbirds are bronzy green above and gray below. Like other birds with iridescent green plumage, the green plumage of hummingbirds can vary greatly in color and brilliance with the lighting source, becoming a bright golden green in the artificial light of a camera's flash. 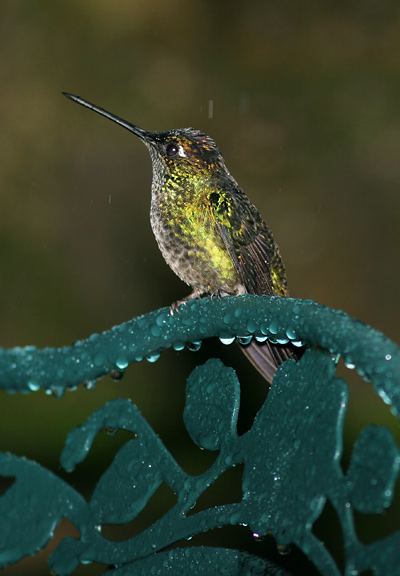 This female Magnificent Hummingbird above was our regular dining companion on the outside patio of the Savegre Mountain Hotel. There were usually four of us at the table for our meals, myself, my dad, my cousin, and the friendly Magnificent Hummingbird. As we ate, she would occasionally dart over to a nearby hummingbird feeder for a sip and then quickly return to her seat with us. Even when it was raining (a frequent occurrence in the cloud forest during the rainy season), we would sit outside huddled under the table umbrella just so that we could dine with this charming hummingbird.