Here in Arizona, Bloody Net-winged Beetles (Lycus sanguineus) can be observed on short flights or perched in vegetation in riparian areas. In April of 2008, I observed this one in Agua Caliente Canyon in Arizona's Santa Rita Mountains. With the sun glowing through its red elytra, the colorful Bloody Net-winged Beetle flew past me and landed in some dead grass along the recently dried stream. 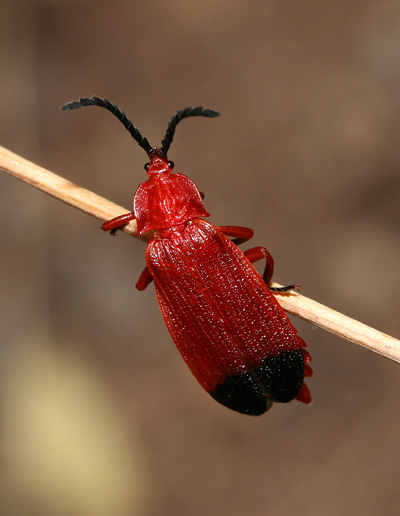 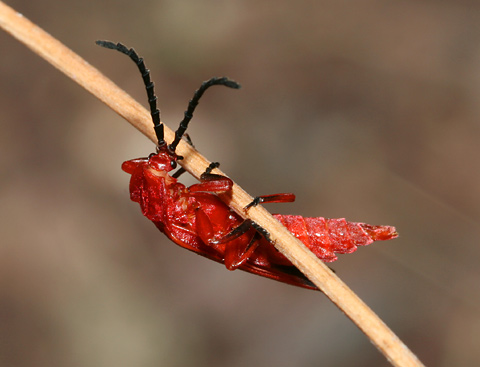 Net-winged Beetles typically have aposematic (warning) red, orange, or yellow and black coloration meant to warn potential predators like birds that they are noxious or foul-tasting. Bold patterning with bright colors and black are a widely understood warning sign in the animal kingdom that a creature is either inedible and/or dangerous. This Bloody Net-winged Beetle's red color made it very easy for me to spot, and this conspicuous beetle would be in great danger from hungry, sharp-eyed birds if they didn't understand that its colors were a warning to leave it alone.