Depending on the weather and the amount and timing of the preceding winter's precipitation, spring wildflowers here in the Sonoran Desert can be either abundant enough to carpet the ground with color or sparse and hard to find. Happily, 2008 appears to be one of the better years for spring wildflowers here. Some of our most spectacular spring wildflower displays are those of golden-orange-flowered California or Mexican Gold Poppies (Eschscholzia californica ssp. mexicana). 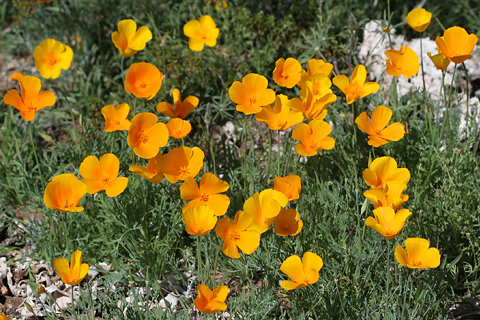 A good place to see these golden-orange California Poppies is in Picacho Peak State Park north of Tucson, Arizona. 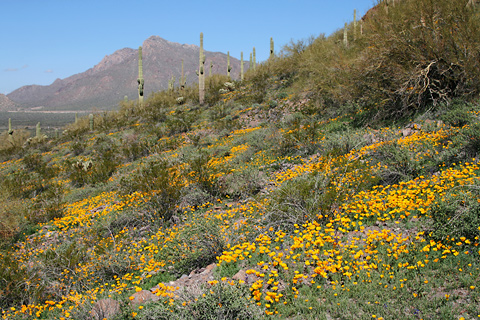 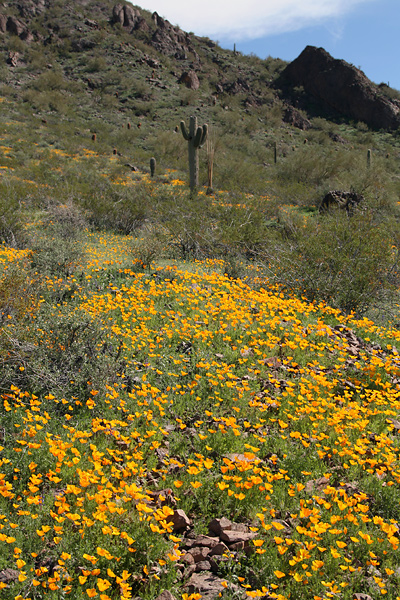 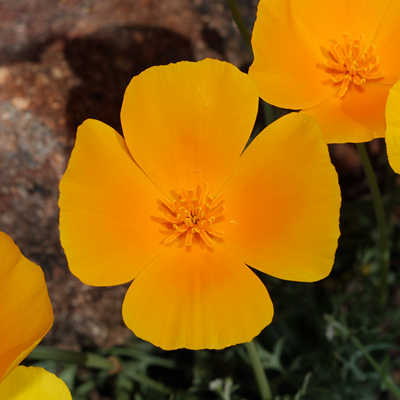 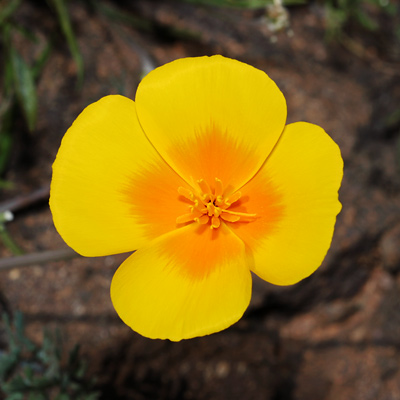 Both of these flower colors are common in Picacho Peak State Park, and I even spotted a rare white-flowered California Poppy there as well. 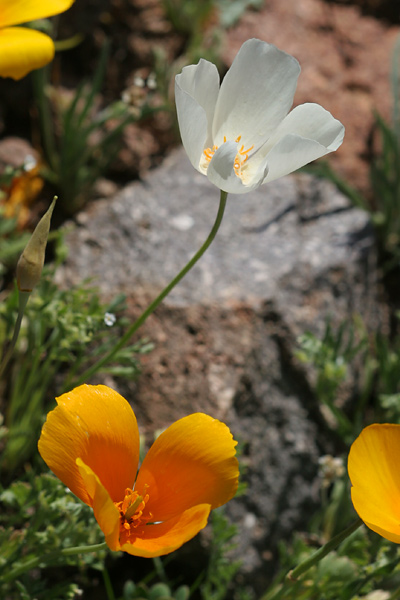 The Saguaros (Carnegiea gigantea) in Picacho Peak State Park looked quite scenic amidst the spring carpet of golden-orange poppies. The photo below shows a range of different Saguaro life stages, from young and small, to mature with multiple arms, to a standing dead Saguaro with splayed ribs. 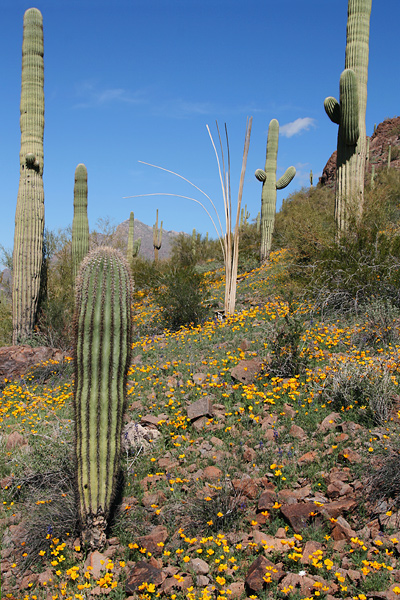 Although a few of them will remain standing for a while, most Saguaro skeletons are found on the ground, like this bleached gray one surrounded by cheerful California Poppies. 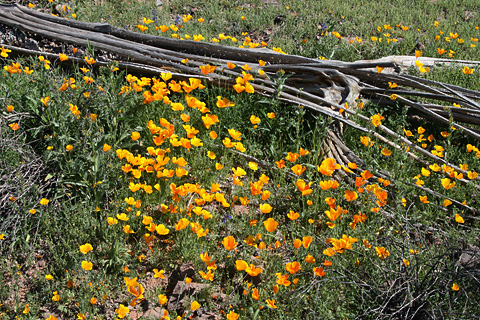 Some wildflowers like Brittlebush (Encelia farinosa) will bloom there a bit later in the spring. Unlike some drier deserts, Arizona has a fairly long spring wildflower season, with a succession of different plant species blooming from mid-February through May. Cool season wildflowers like California Poppies and Lupines are best observed in the very early spring well before they are wilted by the desert heat of April and May.