Around midday on July 4, 2007, I observed this male Ladder-backed Woodpecker below pecking around on an already well-pecked Eucalyptus tree here in Tucson, Arizona. The high temperature that day was 110 °F (43.3 °C), so this woodpecker and the other birds were panting to cool themselves in the oppressive midday heat. 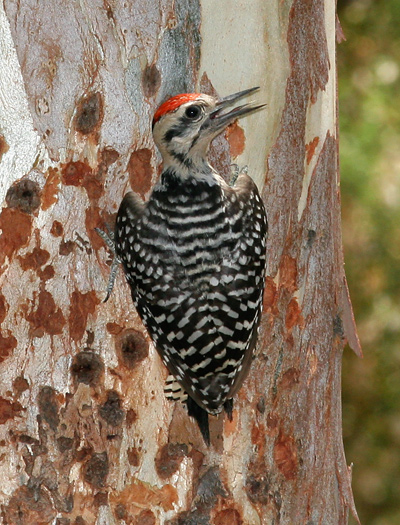 Ladder-backed Woodpeckers are dingy white below and have a black and white-barred back and wings, a mostly black tail with black-barred white outer tail feathers, and a white face with a distinctive, curving, black eye-line and malar (beak to cheek) stripe that join together well behind the eye. Males like this one have a red crown patch, while the females have a black one. 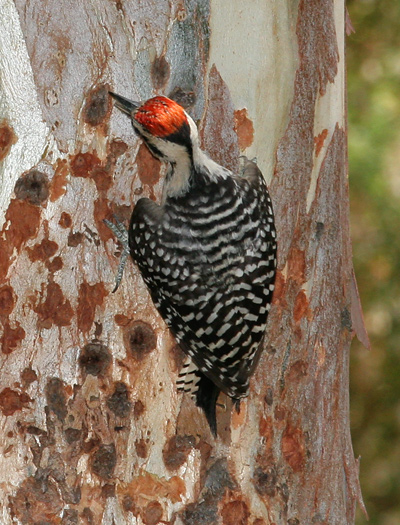