With their up to 6 1/4 inch (15.9 cm) wingspans, Giant Swallowtail (Papilio cresphontes) butterflies are some of the largest butterflies found here in North America. Giant Swallowtails can be recognized not only by their large size, but also by the "tail" on each hindwing, their blackish brown dorsal wing surfaces and more yellowish ventral wing surfaces, and by the two slightly irregular rows of yellow spots that merge before the tips of the forewings. The third yellow spot from the tip of the forewing has an off-center dark brown spot inside it, giving it a lopsided cutout appearance. 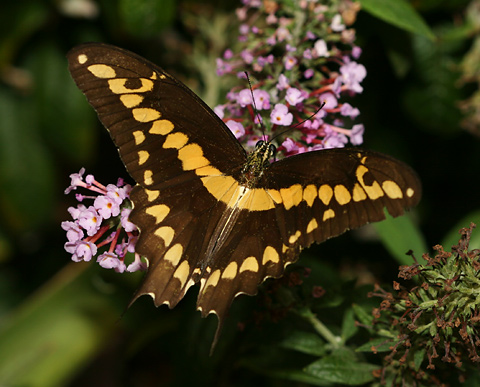 Giant Swallowtails range from parts of Canada down to Central and South America. They are fairly common here in southern Arizona, especially in suburban areas where the nectar-feeding adults can find plenty of garden flowers and also citrus trees (Citrus spp.), one of their larval food plants. This Giant Swallowtail above was one of the many butterflies visiting my cultivated Orange Eye Butterflybush (Buddleja davidii).

Giant Swallowtails also appreciate our many wildflowers here in the Sonoran Desert, and I spotted this Giant Swallowtail below on some of our native Desert Zinnias (Zinnia acerosa) in August of 2007. Our summer monsoon rains give us a summer wildflower season, and butterflies of all sorts are especially common here at this time of year. 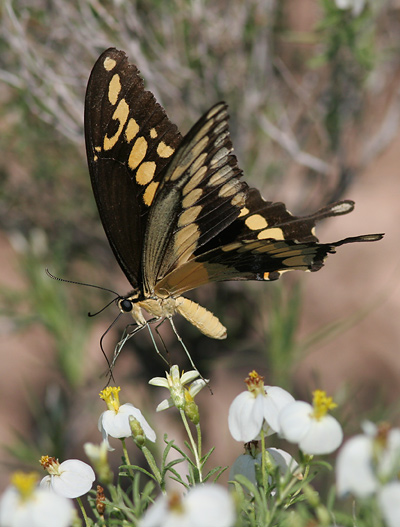 Unlike the adults, Giant Swallowtail caterpillars are not in the least majestic-looking, in fact, they look very much like big, fat bird droppings as they rest motionless on the tops of leaves. 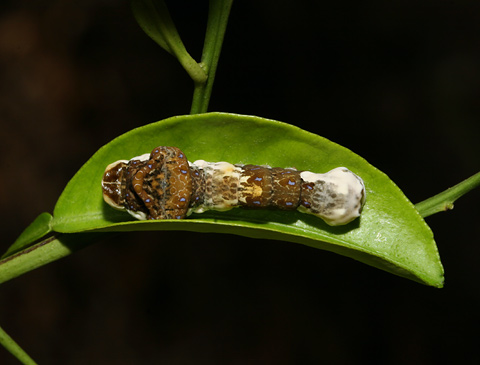 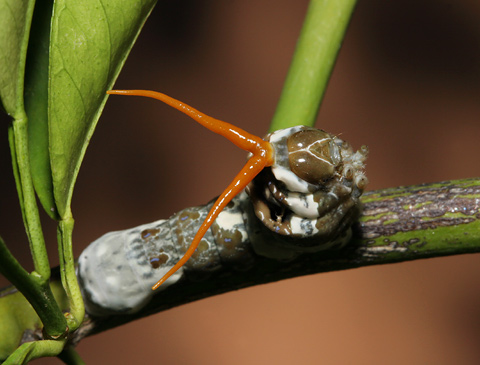 The osmeterium emits a disgusting, nose-wrinkling, ammonia-like odor that could definitely help dissuade any hungry predator not already put off by the caterpillar's unappetizing appearance.