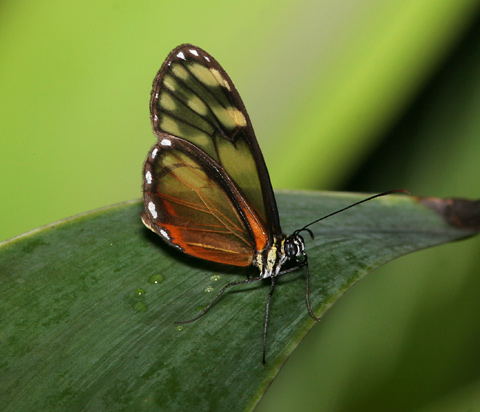 Glasswing Butterflies are not always easy to spot because their transparent wings serve as an unique form of camouflage, allowing them to blend into their surroundings no matter the background color or pattern. However, the Glasswing Butterflies that I saw in Alajuela were not perfectly transparent and instead had orange and dark brown-tinted wings and white-spotted wing margins. 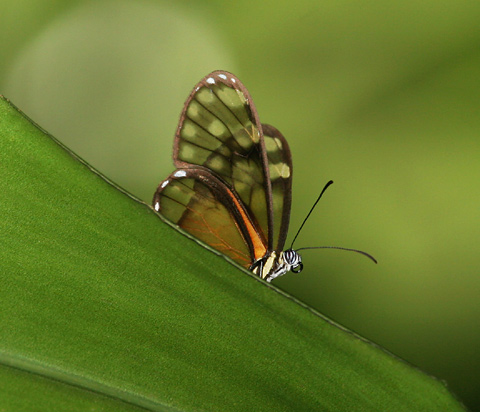 The opacity of butterfly wings is due to the presence of numerous tiny wing scales. The wing transparency of Glasswing Butterflies can be due to the absence of wing scales, sparsely scattered wing scales, or modified wing scales that are much less visible because they are greatly reduced in size or are thin and hairlike.

Most of the visible color in butterfly wings comes from these wing scales, but some butterflies do have colored underlying epidermal wing tissue. Other butterfly species like the Blue Morpho (Morpho spp.) have overlying layers of transparent wing scales that give their wings beautiful iridescent color due to the effects of light interference and diffraction. I'm not sure if these particular Glasswing Butterflies have colored wing epidermis, but they do have scatterings of colored wing scales along their wing margins.