In Costa Rica, Common Bush-Tanagers (Chlorospingus ophthalmicus) are very common in the moist, highland forests of both the Pacific and Caribbean slopes up to about 7500 feet (2286 m) in elevation. These small tanagers range from central Mexico to northwestern Argentina and to Bolivia. This particular Common Bush-Tanager was eating berries at the edge of the oak cloud forest in San Gerardo de Dota, Costa Rica. 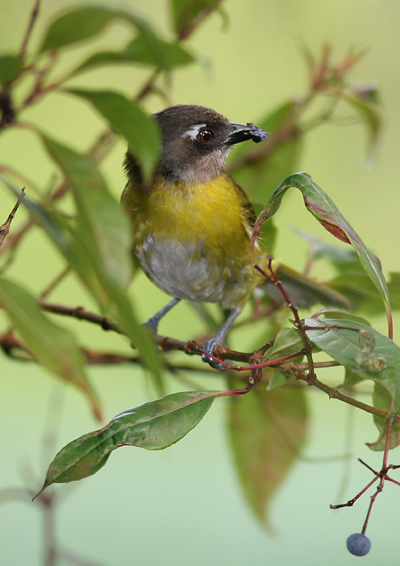