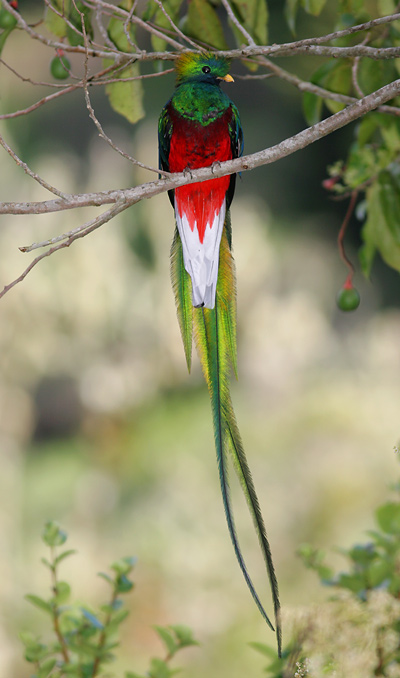 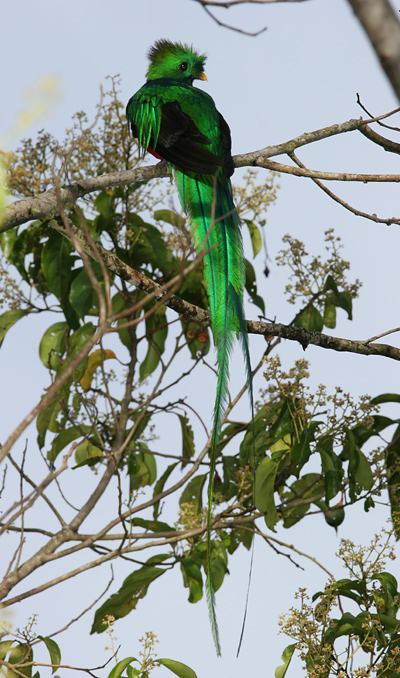 Depending solely on the light and the angle of view, the jewel-like, metallic green feathers of a Resplendent Quetzal can gleam with green, blue, or golden copper iridescence. 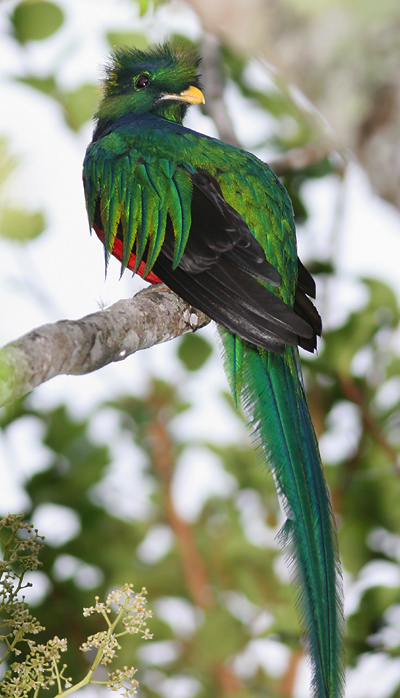 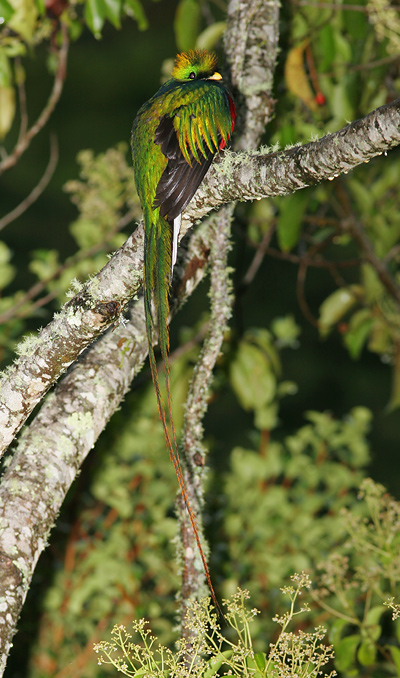 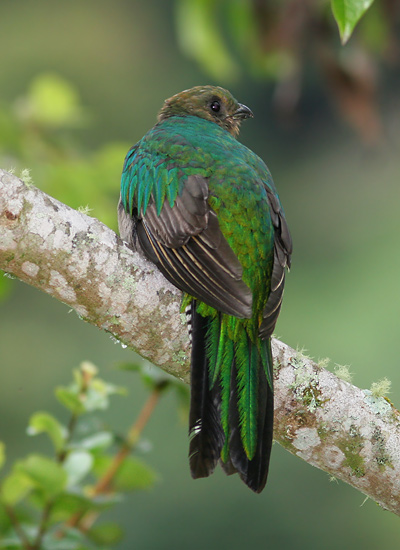 The females are iridescent green above and have a brownish head, a blackish bill, blackish wings, a green upper chest, a gray breast, a crimson belly, and a black and white-barred under tail. 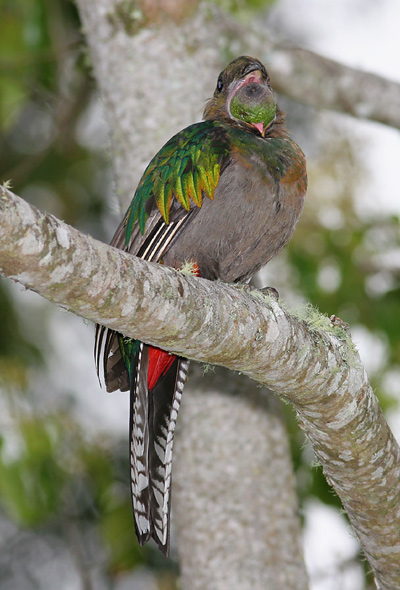 Resplendent Quetzals nest in large tree cavities from March through June, and this is also the best time to observe them, especially when they are out foraging for food. During my May visit to Costa Rica, I didn't observe them nesting, but I did observe several Resplendent Quetzals visiting one of their favorite food plants, a fruiting Aguacatillo or Wild Avocado (Persea sp.) tree.

The Resplendent Quetzals swallowed the Aguacatillo fruits whole, and sometimes it took a minute or so of rhythmic gulping for them to get some of the larger fruits down. It was a bit sympathetically gag-inducing to watch at times, and although the Resplendent Quetzals never choked on their Aguacatillo fruits, they were forced to give up on a few fruits that were just too large to swallow.

After an Aguacatillo fruit is swallowed, the fruit's skin and flesh are digested, leaving just the shiny, now "clean" and still viable pit to later be regurgitated. 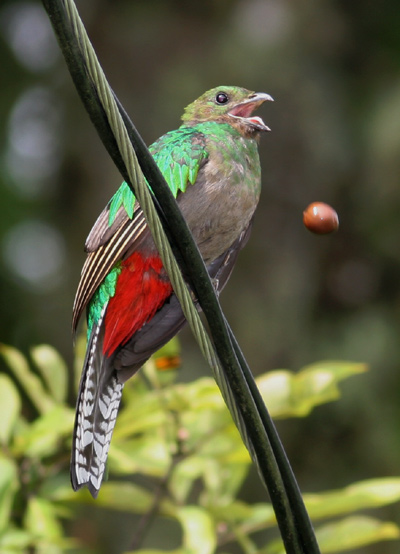