Brewer's Blackbirds (Euphagus cyanocephalus) are common winter visitors here in southern Arizona. Brewer's Blackbirds prefer open areas, especially those near water, and large flocks of these birds can often be seen foraging on agricultural fields, at livestock feeding sites, and even at city parks and on parking lots. While visiting Lakeside Park here in Tucson in December of 2006, I observed a large flock of Brewer's Blackbirds begging and scavenging for food handouts along with the park's resident ducks. 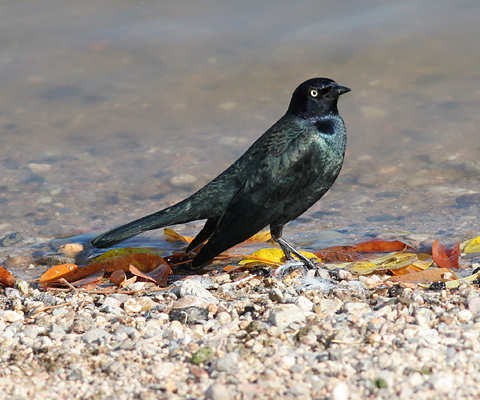 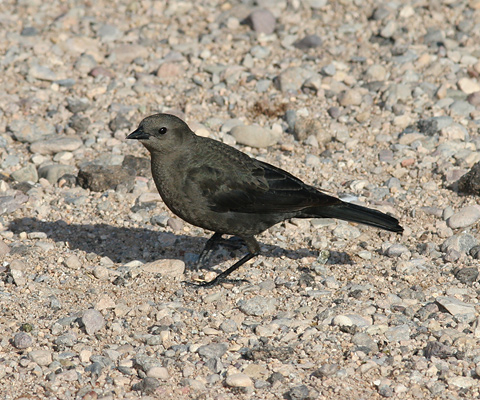 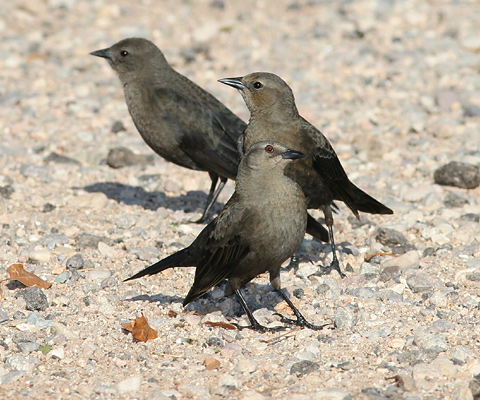