Song Sparrows (Melospiza melodia) are found throughout most of North America, and here in southern Arizona, they are common in brushy areas near water. I often hear these exuberant singers when I visit the Sweetwater Wetlands here in Tucson, but Song Sparrows can be difficult to get a good look at because of their fondness for dense brush. Luckily, this one emerged into the winter sunlight just long enough for its picture to be taken. 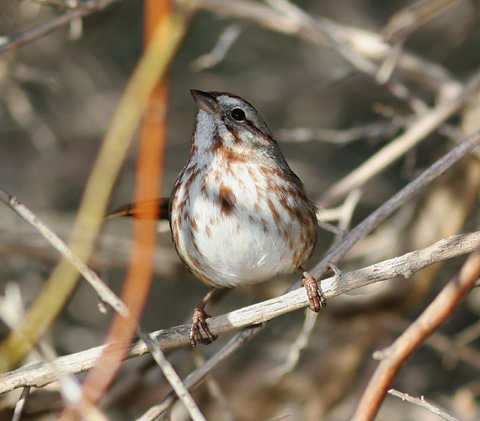