I observed this immature Red-tailed Hawk (Buteo jamaicensis) in December of 2006 at the Sweetwater Wetlands here in Tucson. 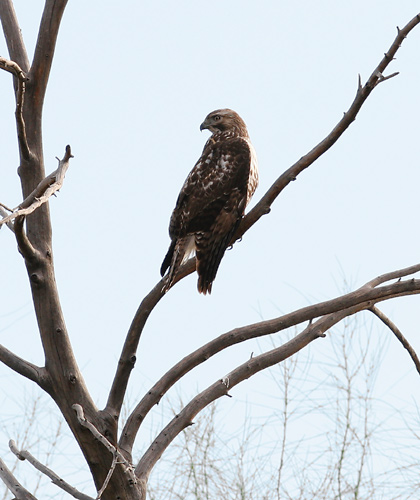 I observed what appeared to be the same bird again on another visit to the wetlands in early January, 2007. 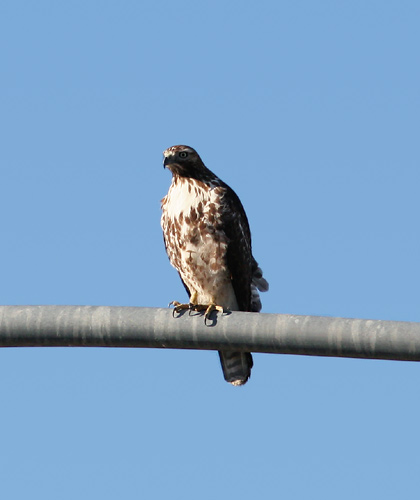 I wasn't sure at first what kind of hawk it was, but it had the large size of a Buteo and the dark-streaked belly band of many Red-tailed Hawks. However, it lacked the characteristic rusty-red tail of a Red-tailed Hawk and instead had brown-barred tail.

Fortunately, when the hawk flew, I was able to see the characteristically patterned undersides of the wings which allowed me to quickly identify it as a Red-tailed Hawk despite its lack of a rusty-red tail. 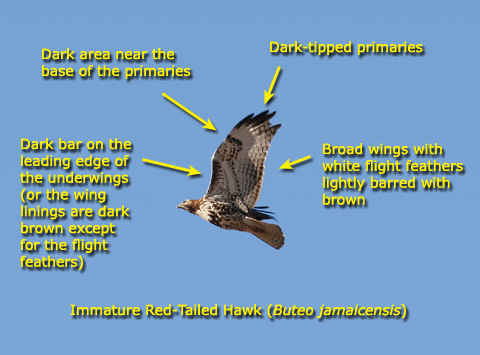 Unlike most of the adult hawks I encounter, this immature hawk let me approach it close enough to get usable photographs. I've found that hawks in general won't let you approach them on foot very closely, and these suspicious, sharp-eyed birds will quickly notice you taking any interest in them and will promptly fly away.