White-throated Woodrats or Packrats (Neotoma albigula) are common in the desert areas in southeastern Arizona. I spotted this one sneaking around behind some cabinets in my garage here in Tucson. 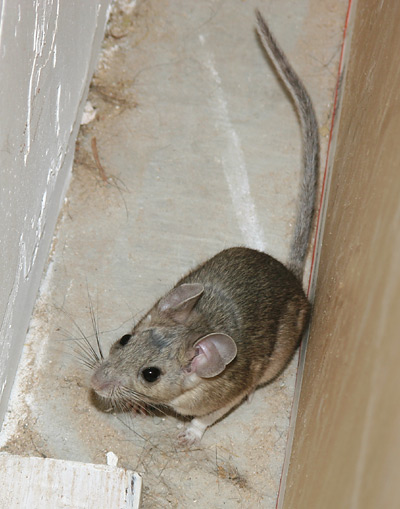 White-throated Woodrats can grow to be quite large and can reach up to 8 1/2 inches (21.6 cm) long, not including the tail. They are grayish brown above with tawny sides and white feet, a white throat, and a white belly. Woodrats can be distinguished from ordinary vermin rats (Rattus spp.) because they have a furry tail instead of a naked, scaly tail like an Old World rat.

These native, desert rats are commonly called Packrats because of their habit of collecting every bit of stray junk that they are able to carry for their large, messy nests. Sticks, bits of cactus, bones, plastic and paper litter, dog and coyote droppings, and even stranger things like snake skins and mummified reptiles will be eagerly added to the pile of junk covering their underground burrows. White-throated Woodrats usually build their nests at the base of Pricklypear cacti (Opuntia spp.) 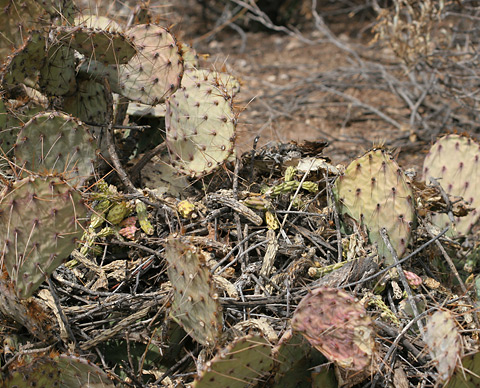 However, White-throated Woodrats sometimes build their nests in very inappropriate spots, such as in the engines of cars parked outside, and these industrious rodents also have a very bad habit of chewing electrical wiring and any other plastic and rubber bits they find in their explorations. Because of this, any White-throated Woodrats too close to human houses and cars should be removed. The best way to do this is with humane, live animal traps baited with fruit and set out only at night. 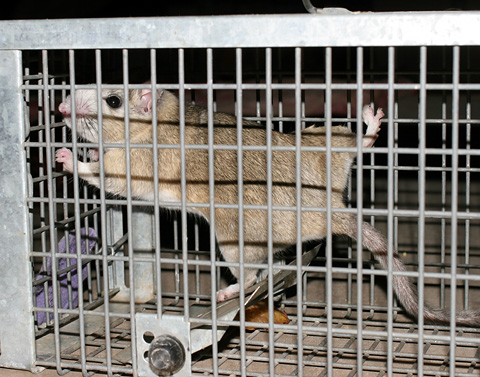