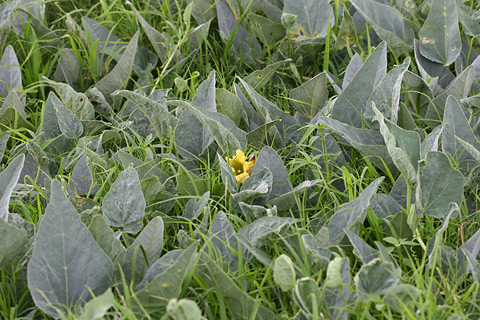 The female flowers are followed by 4 inch (10 cm) diameter, striped green gourds that dry to a uniform tan. 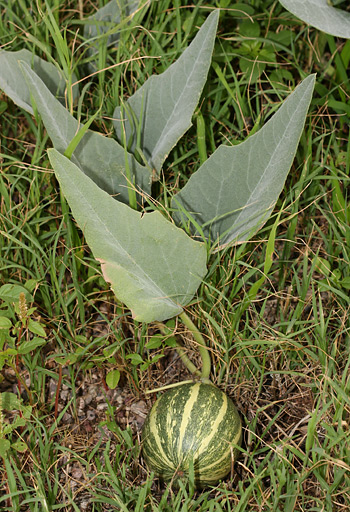 Stink Gourd is known by several common names, including Missouri Gourd and Buffalo Gourd, but Stink Gourd is probably the most appropriate of all of its common names because the crushed leaves have a strong, unusually repulsive smell, very similar to that of terrible human underarm body odor with whiffs of other nasty smells like sewage, sulfurous rot, and dirty socks.

I had read that the leaves can be used as an effective insecticide, vermicide, and as a possible insect repellent, but based on their truly disgusting smell, they would probably make an even more effective people repellant. I don't think I've ever smelled anyone with B.O. quite as bad as the crushed leaves of a Stink Gourd. To photograph the flowers, I had to trample some of the stinking leaves, and I absolutely reeked of Stink Gourd B.O. by the time I got back in the car. We had to keep the windows rolled down on the drive home because of the eye-watering smell.