I observed unusual iridescent clouds in the western Tucson sky late in the afternoon of August 8, 2006. 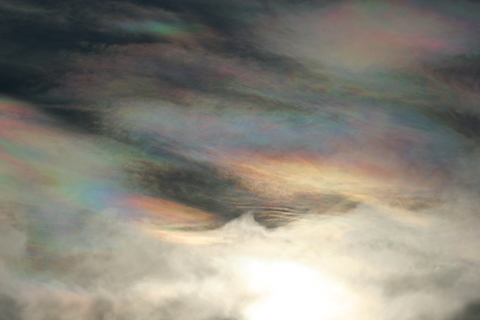 These iridescent clouds had formed amidst and above a fast developing monsoon thunderstorm. The atmosphere over Tucson was quite moist and unstable that hot and humid afternoon, with an interesting variety of clouds. 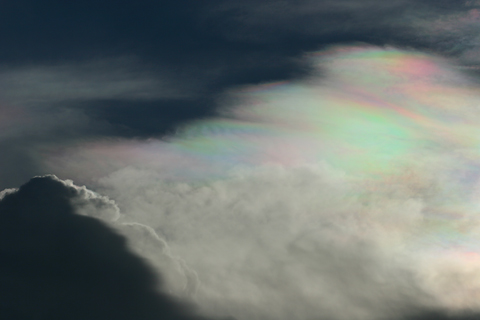 Rainbow-colored cloud iridescence or cloud irisation is caused by obscured sunlight shining almost directly toward the viewer through thin cloud layers composed of very tiny, uniform water droplets. These clouds must be within 20° of the sun for the diffracted colors of the sunlight to be visible. This particular iridescence not only formed broad sheets of color, but also brightly colored cloud fringes… 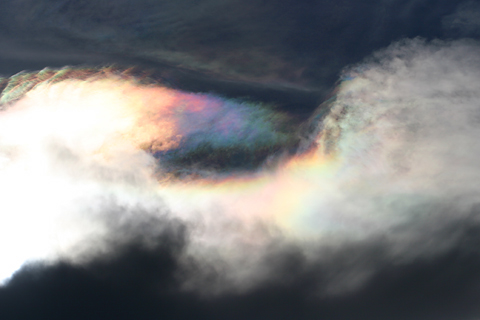 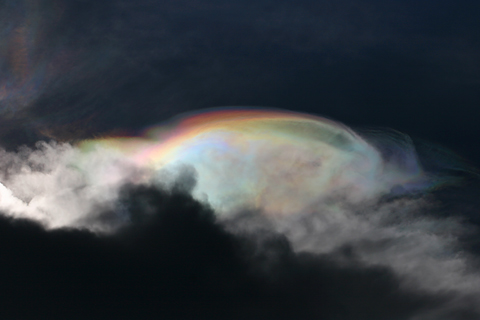 These glowing iridescent colors were ever shifting and changing as the bulging storm clouds moved upward and outward. The following two photos were taken a little over a minute apart, but the colors had already begun to change. 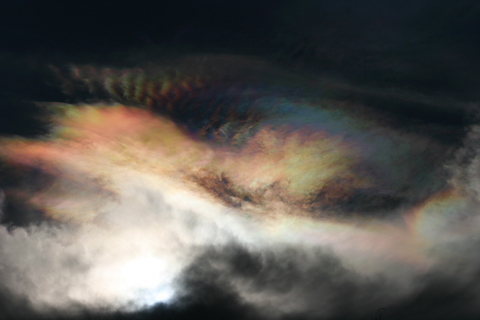 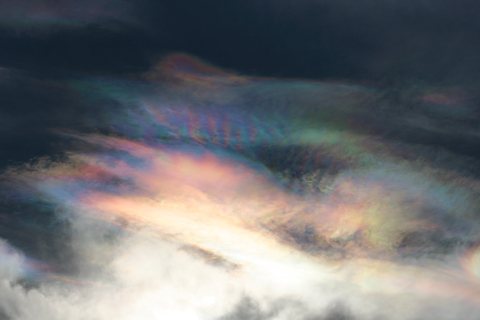 I was only able to photograph the very end of the iridescent cloud show, and the thunderstorm clouds soon overwhelmed the darkening sky, but I was thrilled to finally have a camera available when these beautiful iridescent clouds made one of their rare appearances.