Costa Rica has a truly wonderful diversity of insects, spiders, and other invertebrates, but I was only able to capture a tiny sample of them with my camera. 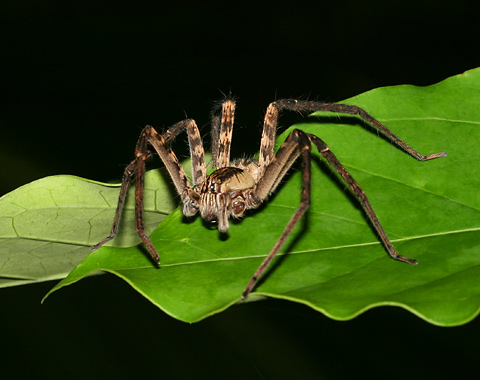 And prowling around looking for prey on the jungle floor. 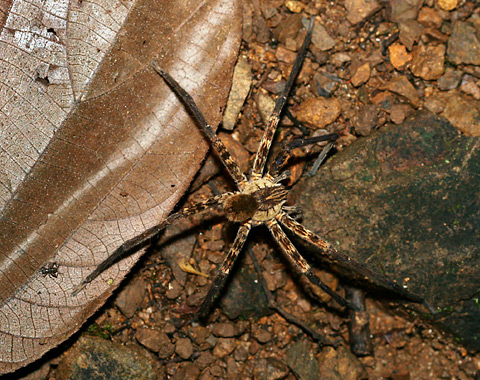 While on a night hike through the jungle, I also saw this large, pink spider in an orbicular web. 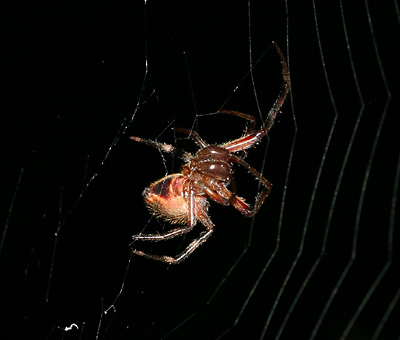 Fortunately, the web was alongside the jungle path and not across it because I certainly wouldn't have wanted to have accidentally walked into this pink spider's vicious brown fangs.

These black and pink beetles with white polka dots were common on broad-leaved plants in the grassy areas of Costa Rica, but I never did identify them. 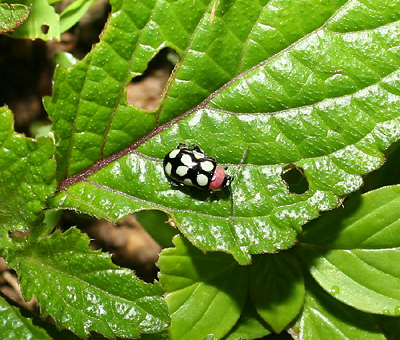 Every sunny day, I would see lovely, little, red metallic bees buzzing about and flashing like tumbling rubies in the sunshine, but these active bees were utterly impossible to capture with my camera. Fortunately, one of these red metallic bees wandered into my bed's mosquito netting and became trapped, allowing me to finally get a photo of one of these busy little winged jewels. 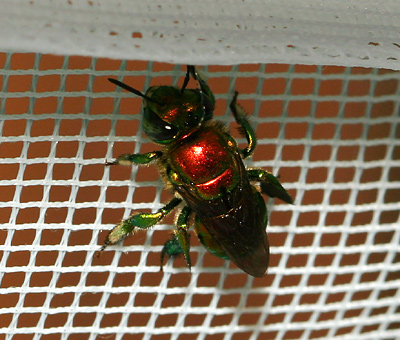 After photographing the little bee, I set it free. It never was the least bit aggressive toward me.

We observed this large, rather battered Thoas Swallowtail (Papilio thoas) sleeping with its wings open in the jungle one night. 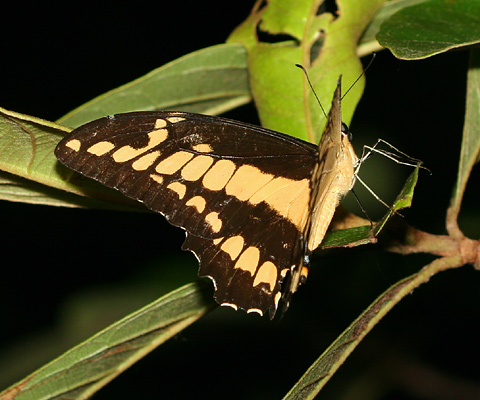 I've never discovered a sleeping butterfly at night before, but I had always imagined that they slept with their wings closed.

I spotted this small, brown and white butterfly below at the edge of the jungle one day, and it was very much awake. It was resting with its wings open, but if I got too close, it would fly a short distance away and circle around until I backed off. It would then return to this exact same position on this same leaf. 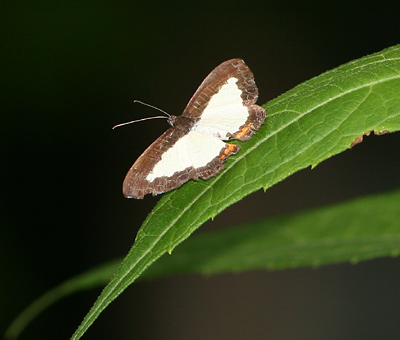 I approached this butterfly several times and it just kept flying off and then returning. Perhaps the leaf was its prized territory… Or perhaps it was just stubborn. When I walked away, it was still perched there with wings spread on the leaf.