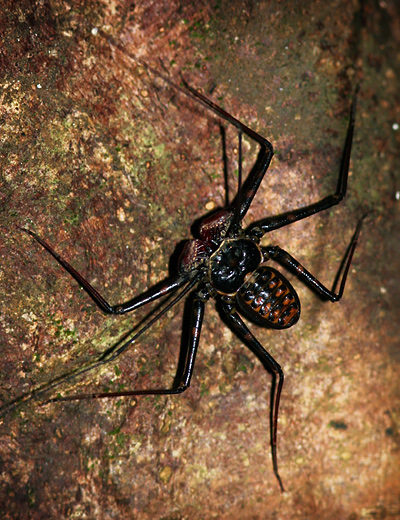 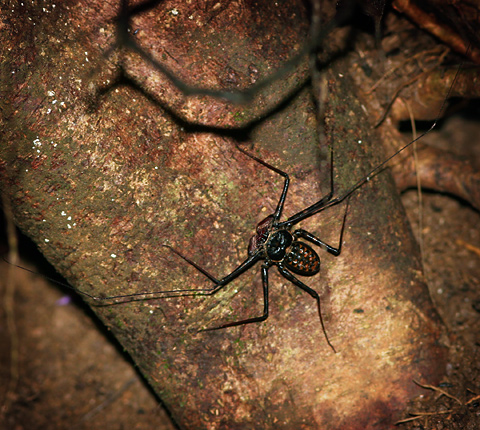 Our naturalist guide for a nighttime hike through the Costa Rican jungle told us of an amusing (and completely untrue) folk tale that Tailless Whipscorpions will whip people with their poisonous whips and the only way for a whipping victim to survive is to immediately urinate on wherever the Tailless Whipscorpion touched. For some people, I think that the need for this urine "cure" could just be a likely story to cover up a very understandable loss of bladder control from having such a horrifying-looking creature crawling on them. Even though I know that they are completely harmless, I certainly wouldn't want a Tailless Whipscorpion on me (shudder).

Tailless Whipscorpions are mainly tropical and subtropical species, and they are also found where I live here in Tucson, Arizona.