The Costa Rican National Bird is the Clay-colored Robin (Turdus grayi), also known as the Mirlo Pardo or Yigüirro in Spanish. 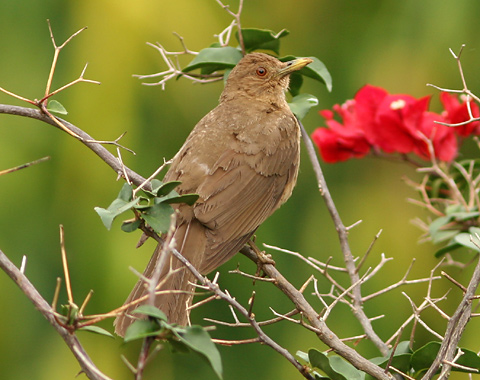 Except for its coloration, a Clay-colored Robin is quite similar to an American Robin (Turdus migratorius), and it can best be identified by its solid brown plumage, yellow bill, and red-brown eyes. 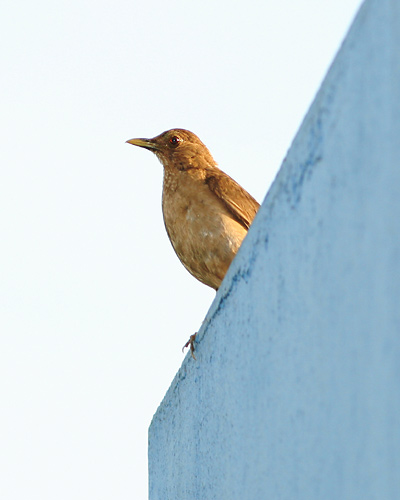 With so many colorful tropical birds to choose from, I was surprised that this rather drab bird was chosen as the national bird, that is until I heard their rich, melodious singing. With their springtime songs, Clay-colored Robins are said to call in the rains at the start of Costa Rica's rainy season which begins in May. These vocal birds also have a variety of other calls, including a weirdly kitten-like mewling near their nests.

I visited Costa Rica in May at the start of the rainy season, and singing Clay-colored Robins were everywhere in the heavenly gardens of the Xandari Resort & Spa in Alajuela, where I stayed at the end of my trip. 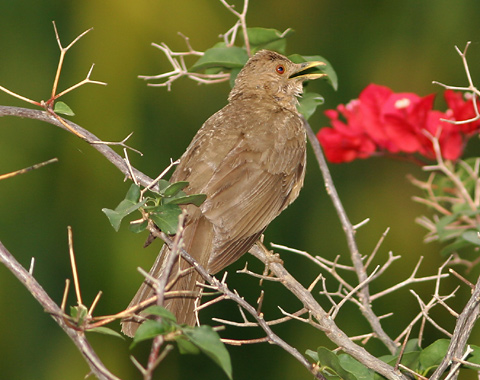 Our last morning in Costa Rica, we were awakened at dawn by a Clay-colored Robin singing REALLY LOUDLY outside of our room. I didn't mind as it gave me time to go out that hectic morning and get some photos of these wonderful singers.