The Smoky Jungle Frog (Leptodactylus pentadactylus) is also commonly known as the Central or South American Bullfrog or Rana Ternero in Spanish. 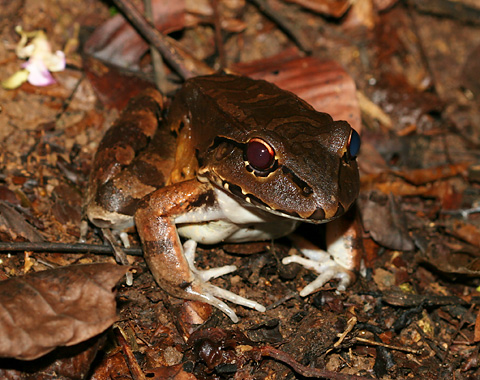 I spotted this one during a guided night hike through the jungle near Drake Bay in Costa Rica. We saw quite a few amphibians in the nighttime jungle, on the bushes and vines, in the streams, and camouflaged amongst the leaf litter like this large frog.

Even though it blended in quite well with the fallen leaves and was sitting quietly, the Smoky Jungle Frog's slender, white fingers and red eye shine gave away its presence. 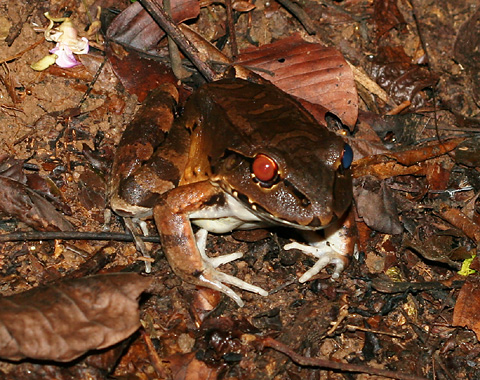 This Smoky Jungle Frog's red, glowing eyes gave it something of a menacing, predatory appearance which quite accurately reflects its true nature. Smoky Jungle Frogs are voracious predators, and they will eagerly capture and gulp down frogs, snakes, lizards, small birds, small mammals, and large invertebrates. Even its tadpoles are predators, and they will consume other frog tadpoles and eggs.