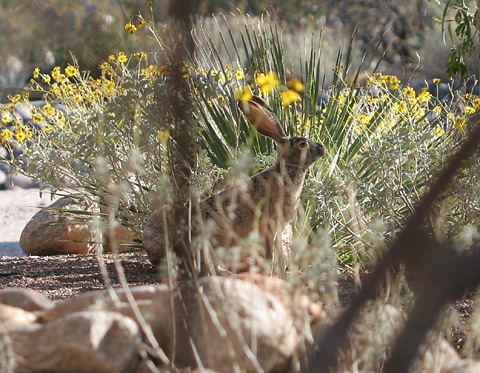 The Black-tailed Jackrabbit was eating Goldenhills or Brittlebush (Encelia farinosa) flowers in my front yard. These golden-flowered, native plants have been watered so they are blooming. The jackrabbit stood up on its hind legs to reach the golden flowers, and it ate every open flower on one of the bushes. I didn't mind because the jackrabbit was obviously hungry. 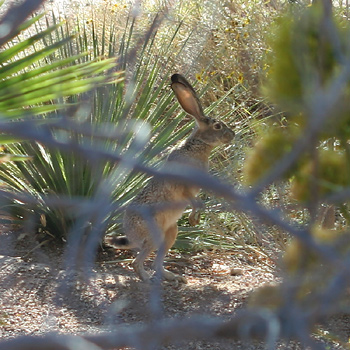 Black-tailed Jackrabbits get their common name from their large, jackass-sized ears, and black-topped tail. The black of the tail extends part way up the back, as can be seen in the photo below. 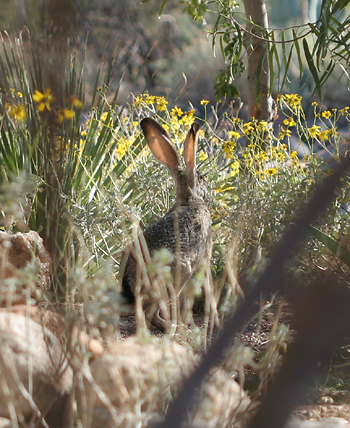 To get these photos, I had to sneak around very carefully and quietly, and just peek my camera around the edge of the house. Before I could get more than a few photos, I looked over and saw a Coyote (Canis latrans) running up my driveway, and when I turned back, the wary Black-tailed Jackrabbit had disappeared.