American Wigeon (Anas americana) ducks winter here in Tucson, and they are quite common on the small lake at Agua Caliente Park. They begin migrating northward to their summer range in the northern US and Canada during March and April, and by May they are gone. 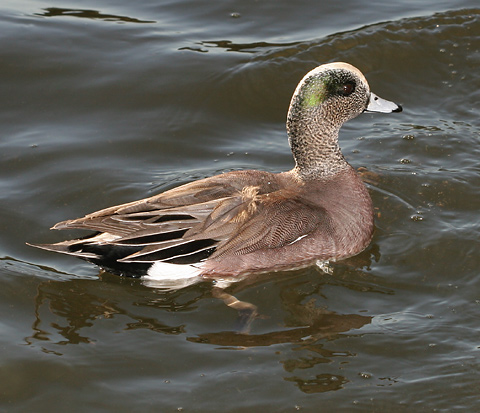 American Wigeons have pale blue-gray, black-tipped bills and brown-speckled necks. In breeding plumage, a male American Wigeon has a broad, white stripe on the top of his head and an iridescent green eye-patch. 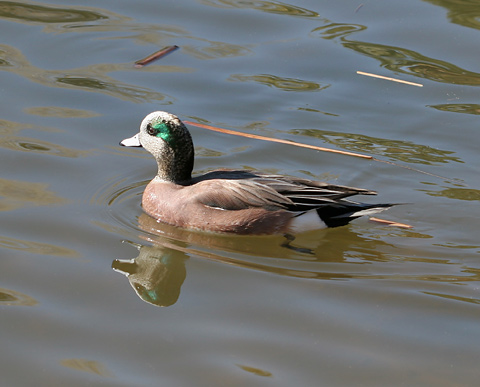 Female American Wigeons have a speckled brown head and resemble the males in eclipse (non-breeding) plumage. 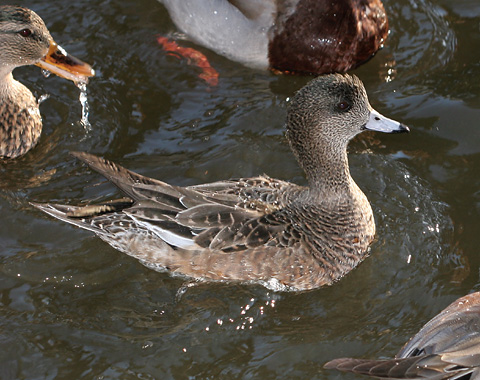 The calls of American Wigeons are quite high-pitched and sound very much like a dog's squeaky toy. These ducks feed mainly on aquatic vegetation, and they can be seen feeding on floating plants or dipping their heads underwater to pull up submerged aquatic plants.

Because people feed the ducks at Agua Caliente, the American Wigeons there have become semi-tame and will happily join in the splashing melee with the other ducks in hopes of getting some of the free food. 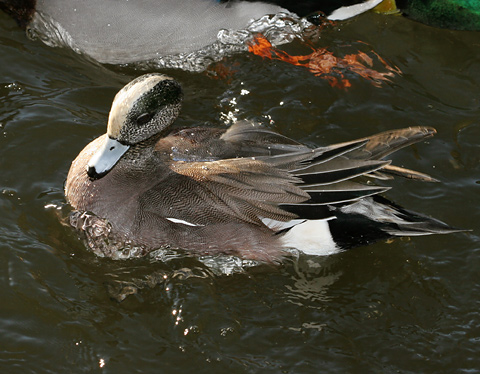 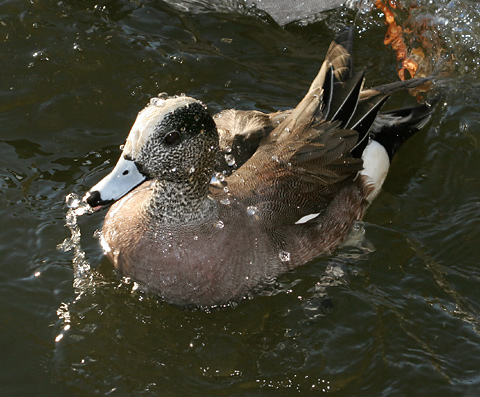