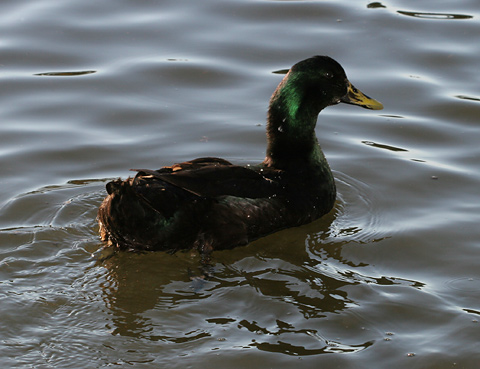 Most breeds of Domestic Duck, including this one, were originally developed from Mallards (Anas platyrhynchos), but they are distinguished from wild Mallards by their usually very different coloration and larger size. 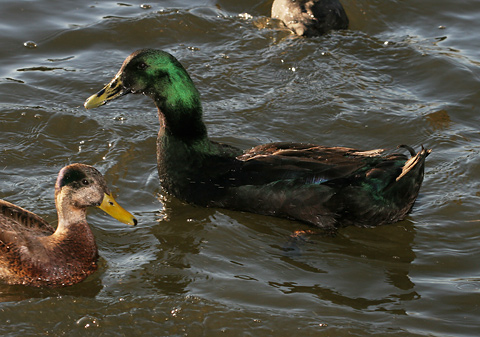 Unlike wild Mallards, where the sexes look quite different, male and female Domestic Ducks are usually similarly colored (solid white, solid black, mottled, etc.), but they are still easily sexed. Male Domestic Ducks, like male Mallards, have distinctive curled tail feathers called "drake feathers", as can be seen on this male duck. 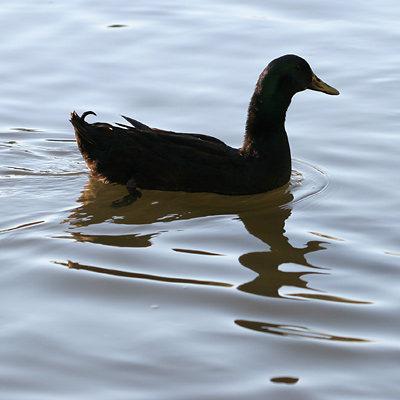