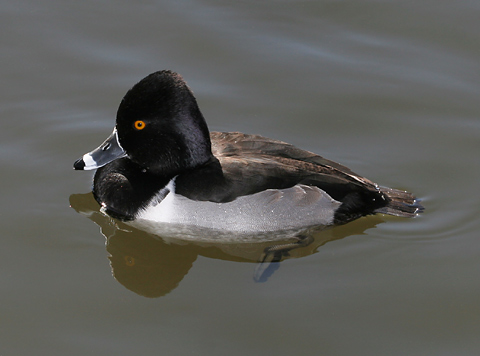 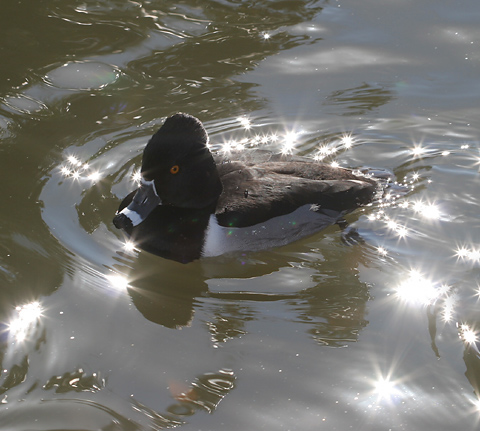 Although they can most easily be identified by their white-ringed bills, Ring-necked Ducks instead get their name from the inconspicuous chestnut collar around the necks of the males. This chestnut ring can just barely be seen on the neck of the male aggressor in the photo below. 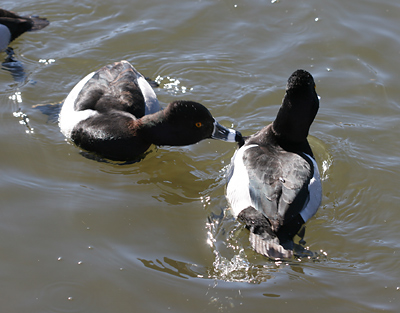 Many of the ducks at Agua Caliente Park are quite tame because they are used to being fed, and they will come right up to shore. A few of the male Ring-necked Ducks were a bit aggressive toward each other in the prime feeding spots and would snap at any other males that got too close.

The less aggressive female Ring-necked Ducks stayed a bit further from shore. The females are brownish, but like the males, the females also have white-ringed bills. 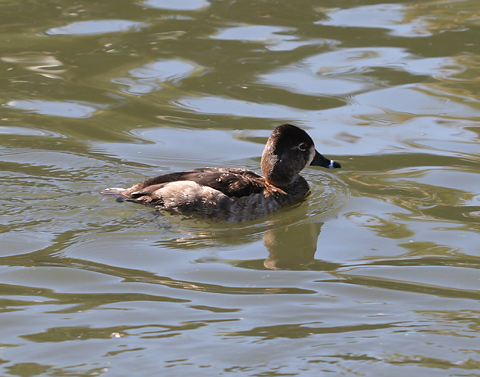