A couple of weeks ago, my dad and I explored the trails around Prison Camp in the Santa Catalina Mountains. 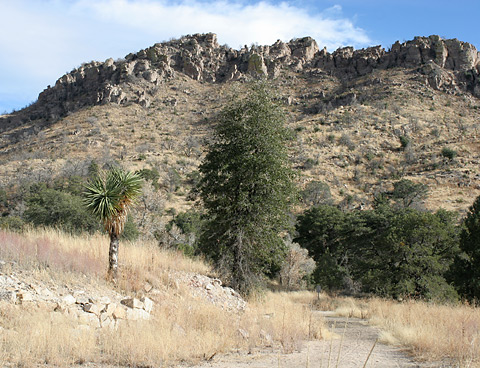 Prison Camp, as it is commonly and informally called, is now officially known as Gordon Hirabayashi Recreation Site. A prison camp was established here in 1939 to provide prison labor in the construction of the Catalina Highway. During World War II, Japanese American draft resisters and conscientious objectors were imprisoned here. Gordon K. Hirabayashi, an American citizen of Japanese descent, was imprisoned here during the war for defying curfew and evacuation orders for Japanese Americans. He took his case all the way to the Supreme Court [Hirabayashi v. United States (1943)], where he lost. His evacuation and curfew convictions were finally overturned in 1986 and 1987, and this former prison camp was named after him to commemorate his principled fight against injustice and discrimination.

Prison Camp burned in the Aspen Fire of 2003, and as a result, this area has become more of an open grassland instead of an oak-juniper woodland. 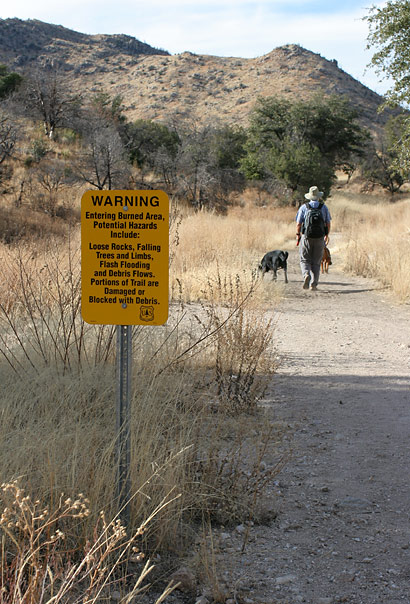 The trees here are evergreens (oaks, junipers, and pines), and the leafless trees in the distance are all dead. Some blackened skeletons of burned trees are still standing, but they will eventually crumble and fall due to the ravages of rot and insects. 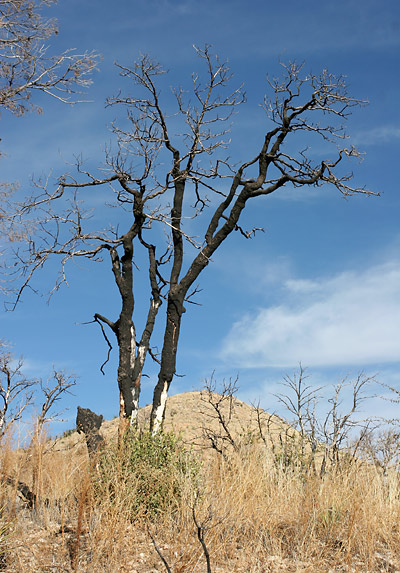 This poor tree was charred to its branch tips, but not burned to the ground, while others like this one below wear a deadly girdle of charred bark. 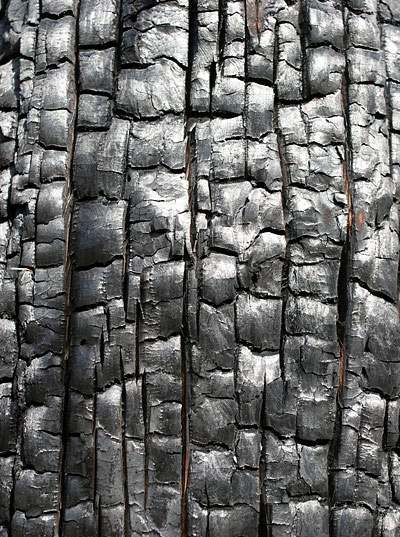