Petunias (Petunia × atkinsiana, formerly Petunia × hybrida) are some of the most common and colorful garden flowers. 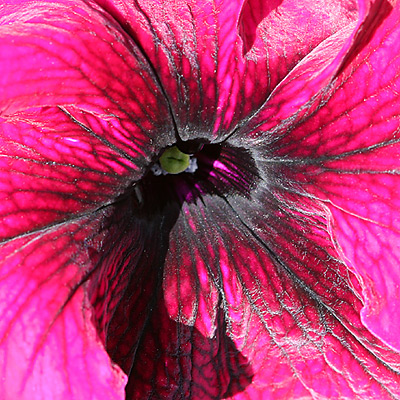 Petunias grow very well here in Tucson, and they usually don't have severe problems with insect pests like they do in some other areas. When I lived in Virginia, hordes of Japanese Beetles (Popillia japonica) would devour the flowers, and when I lived in San Diego, voracious Tobacco Budworms (Heliothis virescens) and other moth caterpillars would feed on the plants, weakening and disfiguring them.