The various species of June Beetles, also known as June Bugs or May Beetles, are in the Scarab Beetle Family (Scarabaeidae) and in the White Grub Subfamily (Melolonthinae). These beetles are very common here in Tucson, Arizona during the early to mid-summer. 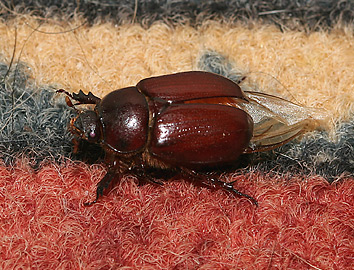 The larvae of these beetles are commonly called white grubs, and they can be found burrowing about under the soil. 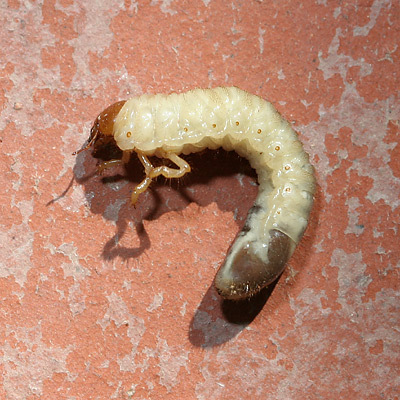 White grubs are "C"-shaped and have plump, white bodies, six legs, and brown heads. I will occasionally unearth one of these when I'm digging in the garden. I put any grubs that I find on the bird feeder because birds absolutely adore these soft, protein-rich delicacies.

The female june beetles will lay eggs on the soil. After the eggs hatch, the small grubs will burrow under the soil where they will grow large and fat from feeding on roots and other organic matter. Depending on the species, the grubs spend one or more years under the soil. As cooler weather arrives, the grubs burrow deeper into the soil where they will overwinter. The grubs will pupate in the spring, and the adult beetles will emerge in large numbers in May or June, thus earning them the common name of May or June Beetles. 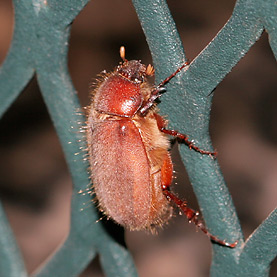