Antlions (or Ant Lions) are four-winged insects in the Antlion Family (Myrmeleontidae). 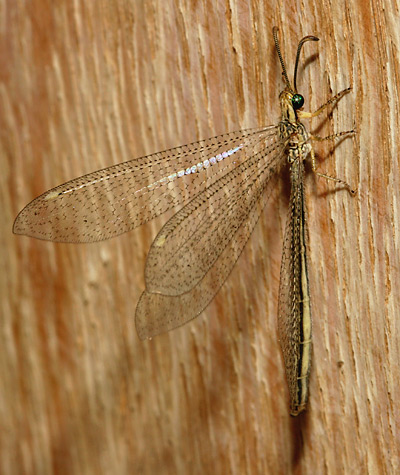 Antlions look somewhat like a small damselfly, but antlions have longer, clearly visible antennae. Antlions are also similar to owlflies, but in this case antlions have noticeably shorter antennae.

Sometimes the camera captures things that the eye cannot, and I noticed that the antlion's eyes reflected a lovely emerald green. 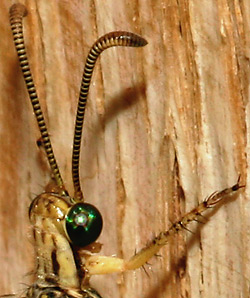 Antlions are not named for the slender, rather delicate adults, but for their sturdy, ferocious larvae. The carnivorous antlion larvae have huge jaws for capturing insect prey, and the larvae of some species will excavate pits in fine, sandy soil in order to trap them. 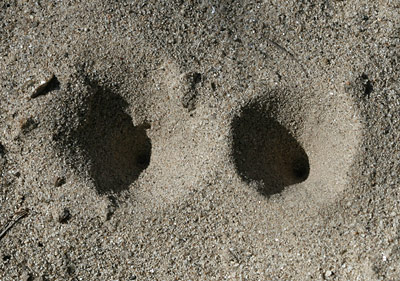 Antlion pits have a characteristic conical shape with steep sides. An antlion larva waits with open jaws under the sand at the bottom of the pit for an insect like an ant to fall in. Once a small insect foolishly ventures into the sandy hole, it will be caught up in a small landslide of sand on the steep sides which will carry it straight to the bottom and the antlion's waiting jaws. The antlion will suck the unfortunate insect dry and then toss the body out of its carefully maintained pit. You can sometimes see an antlion larva flipping sand out of its pit with its jaws in order to maintain the pit's steep, conical shape that makes it such an effective ant trap.