Gopher Snakes (Pituophis catenifer) are one of the snakes that I see most often here in Tucson, and they can be found in a variety of habitats. 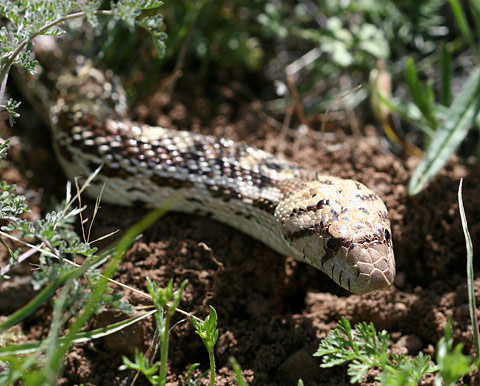 While these common, non-venomous snakes are usually found on the ground, they are able to climb trees to raid bird nests. Several years ago, I heard an unusually loud commotion of scolding birds in my front yard and I had thought that it might be birds mobbing a Western Screech-owl. A pair of Western Screech-owls were nesting in an owl box in my front tree, and whenever one of these owls left their box, the other, nearby birds would begin scolding it. I looked out my front window and instead of an owl, I saw a large Gopher Snake climbing my front tree.

It seemed like almost every bird in the area was there scolding it, and the diverse coalition of angry birds included Cactus Wrens, Gila Woodpeckers, Gilded Flickers, Black-tailed Gnatcatchers, Verdins, Curve-billed Thrashers, Ash-throated Flycatchers, Canyon Towhees, and one Anna's Hummingbird.

Of course, all of their scolding, no matter how loud and impassioned, was not going to stop the Gopher Snake, so some of the braver birds decided to take action. The Gila Woodpeckers, who had a nest in a nearby Saguaro, and the always bold Curve-billed Thrashers, began swooping past the snake and pecking at it. The snake would flinch at each of their glancing blows, but it was not deterred and continued it's climb up the tree in search of a bird nest to raid. 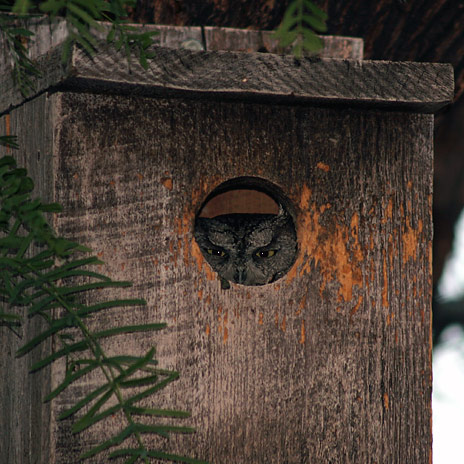 The outrageous commotion finally roused the sleepy Western Screech-owls, and when they saw that a snake was only a couple of feet below their birdhouse, they furiously joined in the battle. Even though Western Screech-owls are predators of songbirds and rightly feared and hated by them, the other birds were not upset or deterred by their presence. All the birds, both predator and prey, were focused solely on driving away the snake.

The Gila Woodpeckers continued flying past the snake's midsection and a Curve-billed Thrasher attacked the snake's tail while the pair of owls went for the snake's head. The Gopher Snake was soon knocked out of the tree by the attacking owls and it fell about 7 feet (2.1 m) to the ground.

As soon as the snake was out of the tree, all of the birds but one broke off their attack. The one Curve-billed Thrasher that had been attacking the snake's tail was not ready to give up the fight. I don't know how badly injured the snake was after the owl attack and fall, but it fled at amazing speed from the scene of it's defeat, and adding to the snake's humiliation, the Curve-billed Thrasher ran after it the whole way, biting and pecking at the retreating snake's tail.