Tucson will occasionally have a "major snow storm", which in Tucson terms means that some snow actually accumulates on the ground and lasts for more than just a few minutes. Here, a light dusting of snow lasted for several hours. 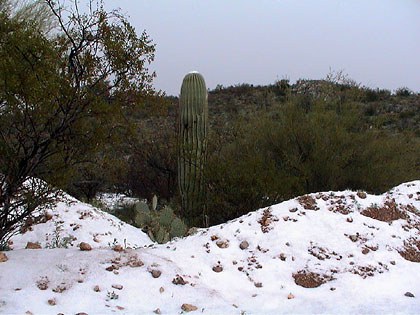 Update: We had another snowstorm here in Tucson on the evening of January 21, 2007. The next morning, I took photos of what the Tucson desert and native plants look like in the snow.